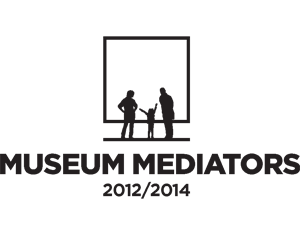 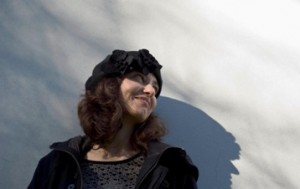 I am also currently a researcheratthe Instituto de Sociologia da Faculdade de Letras da Universidade do Porto. I have published on topics relating to my research interests such as museological narratives and discourses, professional museological identity, and contemporary missions for museums.

With a Master in Sociology, Ana takes very seriously project management and evaluation, being responsible for these features in all creative and educational projects developed by Mapa das Ideias.

With this methodic approach, Mapa das Ideias has been able to evolve from project to project, having the constante feedback of each stakeholder, being a leading company in museum education projects in and out of Portugal.

Certified trainer herself, Ana is also responsible for the Mapa das Ideias Training Center, implementing courses such as “Talking Culture with Journalists”, “Learning in the Museum with special visitors” and “Cultural Mediators – PT”.

With an outstanding academic career, Carla has been a member of several research groups: New Technologies and Teacher Training, September 1996- June 2007; Museum Studies and Representation, since 2009, among others.

She was also partner and project Manager, European Project DIDART, Culture for the creation of an internet network on museums and education for children of 6-10. Project financed by the European Commission. June 2002-June 2003.

As consultant and mediator, Carla has been responsible for the implementation of the education programme of the museum and design of guided tours for adults and schoolchildren, and the design of workshops and educational materials for primary schools and families in several museums in Spain and overseas.

Since 1995 she is member of Eccom – European Centre for Cultural Organisation and Management and in 2010 she became president of it.

She realises studies and research projects in the field of museum education and communication, with special reference to the issue of culture as a means of social integration.

She has participated in many European funded projects within the Culture Programme and the Lifelong Learning Programme mostly addressed to lifelong learning in museums, with a particular focus on disadvantaged audiences.

Cristina Da Milano lectures in many post-graduate courses on issues such as museum communication and education.

Following her graduation in Natural Sciences at the University of Rome “La Sapienza”, Elisabetta Falchetti specialized in Zoology and more specifically in Ethology. She has carried out research and training in the field.

She has worked at the Zoo of Rome for many years as curator and director of the Educational Department.

Since 1998 she has been working at Rome’s City Museum of Zoology as co-ordinator and director of the Educational Department.

During the first years of her career she taught Natural Sciences at High Schools and took part in university didactics. This experience has influenced her personal interests and vocational life. In the many institutions where she has worked she has always devoted her energy to didactics and lifelong learning and education, strongly believing in the value and the power of culture in improving the quality of life for all.

Her current interests include museum education and communication; the role of museums in social – cultural inclusion; the impact of museums on individual, social and environmental sustainability. All these are the subject of her current research work, carried out in cooperation with national and international Agencies and Institutions.

She is author of many papers and books on the various fields within her specialization and in particular on museum education. 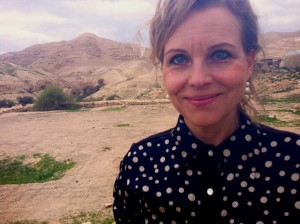 Ida has specialised in developing the educational role of museums in society, Intercultural Learning and Culture- and Education policy. Focus in her work has always been on Culture and Education in a Democratic Formation Perspective, and Cultural Citizenship, in terms of Participatory practice, multiple voices and critical reflection. Her work is based on innovation and management, international exchange and learning partnerships in terms of interdisciplinarity and inclusion, staff management, teambuilding and Supervision.

Ida is working as Senior Adviser in the Danish Agency for Culture, Museums. She is Project Managing the The Education Plan for Danish Museums, a National framework aiming at improving the Educational role of Danish Museum in Society. Among the initiatives is a user survey in all Danish museums. She has been Museum Adviser for Art Museums since 2007. She has been contributing to the new international strategy for the agency and work with international cultural exchange. Alongside she is Associate Professor and censor at the Department of Material Culture and Education, Aarhus University and she is former Associate Professor, Department of Arts and Cultural Studies, University of Copenhagen. Ida has been Head of Education at Louisiana Museum of Modern Art from 1996 to 2007 and during that period Partner in numerous European and National project on Culture and Education exploring new strategies in working with Arts and Education in Museums and Galleries, developing potentials in intercultural dialogue and cultural diversity.

Member of Engage – The National Association for Gallery Education, UK, Member and co-funder of MID (Museum Educators in Denmark), Member of ICOM, SECA / INTERCOM. During her career she has produced numerous publications and lectures nationally and internationally on the Educational role of museums in society and museum education.

She is Master of Arts; Master of Nordic Literature and Language and Master of Art History, educated from Copenhagen University 1993.

As Creative Director of Mapa das Ideias, she has created and supervised the design and implementation of many mediation and educational projects, such as 2009 Darwin’s Smallest Exhibit featured in 300 schools, and the Mediation Project for Oeiras 250 years exhibit.

Inês is also responsable for the creative development of new mediation products and services, by joining academic interests with an already iconic creative approach.

Besides her academic career, Inês is also a certified trainer since 1999.

Since 2005 I have worked in the Learning Department of Es Baluard Museu d’Art Modern i Contemporani de Palma. Within the department I work as an art educator and design some of the educational programmes that we develop. As well as these two main roles, I have also undertaken other tasks, which range from participating in the coordination team for the publication of catalogues, to supervising the planning of the various scheduled cultural activities. I have also conducted myself a training course about art education for primary teachers who want to work with the museum, which is recognized by de ICE (Institute of Educational Sciences).

Cultural Management and Communications specialist. She is the Executive Director of Access Culture, a cultural association based in Portugal that aims to improve access to cultural venues and the cultural offer in general.

She is the author of the bilingual blog Musing on Culture, where she writes about culture, the arts, museums, arts management, cultural marketing and communications, audiences. The book Musing on Culture was published in March 2013 by BYPASS Editions.

She was Communications Director of São Luiz Municipal Theatre, Lisbon, Portugal (2006-2012) and Head of Communication of Pavilion of Knowledge – Ciência Viva, Lisbon, Portugal  (2001-2006). She is a Member of the Board of the National Committee of ICOM Portugal since 2005. She was the general coordinator of the first survey on museums and senior people in Portugal, financed by the Calouste Gulbenkian Foundation.

She is currently collaborating with Descobrir – Gulbenkian Programme Education for Culture and Science, as a project coordinator. She is a Fellow of the Summer International Fellowship Program of The DeVos Institute of Arts Management at the Kennedy Center in Washington (2011-2013); she has a M.A. in Museum Studies (University College London, 1993-1994) and a B.A. in History and Archaeology (University of Ioannina, Greece, 1988 – 1992).

Simona is an independent researcher and consultant with a particular interest in the social agency of museums and their role in the promotion of intercultural dialogue. On these issues she acts as an advisor to public and private institutions (e.g. Italian Ministry for Cultural Heritage and Activities, Brera National Picture Gallery, Istituto per i Beni Culturali of the Emilia Romagna Region, Fondazione ISMU – Initiatives and Studies on Multiethnicity, Fondazione Cariplo), and has taken part in a number of international research projects commissioned by the European Union and the Council of Europe.

She is co-creator and editor of “Patrimonio and Intercultura” (www.ismu.org/patrimonioeintercultura, English version available), an on-line resource promoted by Fondazione ISMU and specifically devoted to the intercultural potential of heritage education projects.

I’ve studied Art History and Museology at the University of Naples and then I’ve devoted my research to the Museum Mediation.

In 2001 I’ve started working in cultural institutions and museums first in Naples (San Carlo Opera House, National Archaeological Museum, Royal Palace, Capodimonte Gallery) and later in Rome (Vatican Museums) as museum educator; in the meanwhile I’ve developed my skills in mediation attending courses in different Italian and European universities, such as the École du Louvre in Paris and the University of Copenhagen, in order to place side by side the real experience to a theoretical in-depth analysis of museum mediation.

In 2004 I’ve started lecturing at the University Suor Orsola Benicasa in Naples for Museum Education and I have taken lectures at the universities in Roma, Cassino, Siena, and Perugia for Museum Communication and Mediation. In the same year I’ve joined ICOM  and presently I am in the board of ICOM Lazio as secretary of the local branch.

I’ve published some articles on Italian magazines and journals and recently a book on museum mediation focused on the Italian educational departments activities; now I’m researching at the University of Malta in the scope of museum identity.